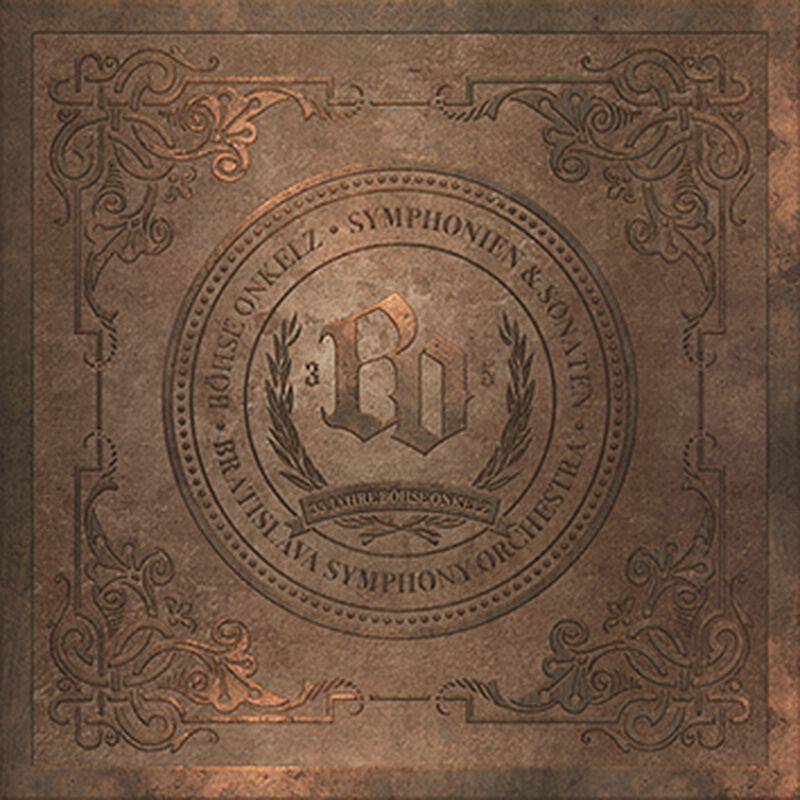 "SYMPHONIEN & SONATEN, 35 JAHRE BÖHSE ONKELZ" is an unusual „Best-of“. It is a quntessence, a work so extraordinary that it could only be created by the Onkelz. This collection of symphonically recorded all-time classics of the band, played by the Bratislava Radio Symphony Orchestra with David Hernando Rico at the helm, unfolds the music universe of the Böhse Onkelz. who have managed for more than three decades to release one great album after the other. „Symphonien & Sonaten – 35 Jahre Böhse Onkelz“ is a retrospective, but it is also an invitation for their fans and critics to approach the Onkelz from another, an unexpected new angle. So, open up a good wine, put on your headphones and enjoy the trip through 35 years of band/music history.