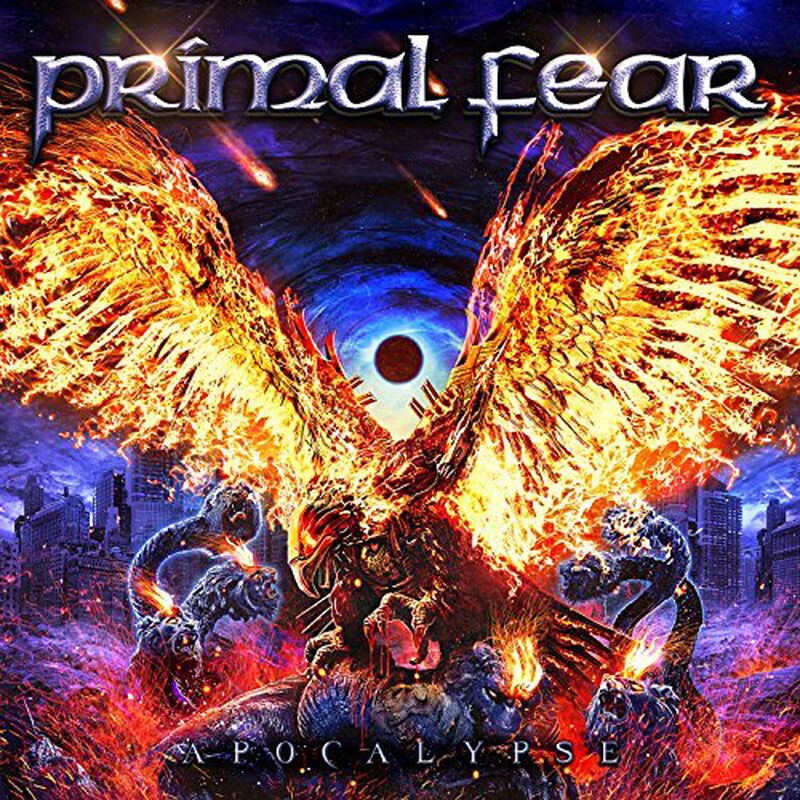 This digipak edition includes the bonus tracks 'Fight Against Evil', 'Into The Fire' and 'My War Is Over'. It also includes a DVD with videos for 'King Of Madness' and 'The Ritual', plus a mini-documentary of the making-of 'Apocalypse'.

Former Gamma Ray singer Ralf Scheepers and bassist/singer Mat Sinner, two of Germany's most distinguished metal musicians, formed Primal Fear in 1997. With 11 studio albums, the band is one of the most beloved and renowned heavy metal bands in the world – a true institution among metal fans. Their last two studio albums, 'Delivering The Black' and 'Rulebreaker', climbed the charts and earned critical acclaim. The band's musical quality and expertise reach peak levels in the most recent album, 'Apocalypse'.
1. Apocalypse 2. New Rise 3. The Ritual 4. King Of Madness 5. Blood, Sweat, & Fear 6. Supernova 7. Hail To The Fear 8. Hounds Of Justice 9. The Beast 10. Eye Of The Storm 11. Cannonball 12. Fight Against Evil (Bonus Track) 13. Into The Fire (Bonus Track) 14. My War Is Over (Bonus Track) 15. King Of Madness (video) 16. The Ritual (video) 17. Making of "Apocalypse" (Mini-Documentary)
Chat Kundeservice og retur
Lukk Minimer